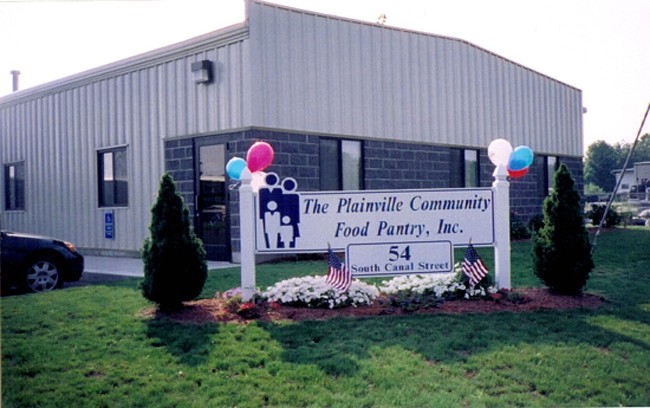 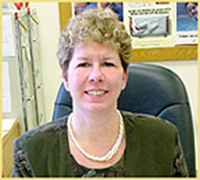 In addition to its regular programs, the pantry offers the following programs for the registered children of its adult clients: Secret Santa, Birthday Basket, Easter Basket and the Back-to-School Program.

PCFP also makes an impact on the greater community through its award-winning Bread Distribution Program. This volunteer-run program provides bread and other baked goods to more than thirty human service agencies

and in collaboration with Plainville Adult Education offers

English as a Second Language and General Education

Development (GED) free of charge. In partnership with the

the quality of life of individuals and families.

PCFP has its roots in the Plainville Human Relations Council in the late 1960s. As the number of families in need increased, the need for a larger, more organized operation became apparent. In 1972, the pantry set up

In 1975, PCFP Board member, Joe Silverio, started picking up day-old baked goods in his station wagon from local grocery stores on his lunch hour to provide to pantry clients. In 1979, Kathy Lickwar became the second director of the pantry and the number of families served grew from the original ten to 75. At that time, the pantry began providing holiday baskets at Easter in addition to the holiday giving already in place for Thanksgiving and Christmas.

By 1983, the bread pick-up program had grown considerably. More and larger grocery stores began donating and Joe Silverio’s “lunch hour” job needed helpers. Volunteers were recruited. These “Bread Guys” were sought after by many of the large groceries, and in some, were the only volunteers allowed to pick up day-old baked goods.

The need for more space was evident and the pantry moved to the basement of Linden Street School. In 1984, Suzanne Gengras replaced Kathy Lickwar as PCFP director in 1984. Support from local businesses, churches, community organizations and individuals ontinued to grow. PCFP had enough baked goods and so began distributing extras to other agencies which needed them. With this the Bread Distribution program was born.

In 1989, Susie Woerz became director, and in 1990, the Pantry moved to the Our Lady of Mercy Parish Hall where it found a home for ten years. Susie’s tenure as director brought many positive changes to PCFP. It became an independent non-profit organization managed by a Board of Directors comprised of local business and community leaders. Non-profit status allowed the pantry to apply for and receive many grants, which have enabled it to add programs which help clients become self-sufficient. The Board of Directors and executive director worked hard to

build collaborations with other human service agencies in the area.

In 1998, PCFP received a $390,000 grant from the State of Connecticut to build a new facility. The structure was completed in November 2000 and has been the pantry’s home ever since. In 2001, two much-needed staff

members were added-an office manager and a warehouse coordinator. These staff members, along with the Executive Director, its dedicated Board and team of volunteers continue to provide the programs the pantry’s clients depend on.

In 2003, the PCFP Bread Distribution Program, then thirty years and innumerable volunteer hours in the making, won the Celebrate Our Communities Award from the Community Foundation of Greater New Britain. Joseph R. Silverio, the program’s founder, was honored through a

contribution in his name.

In 2004 the pantry received a $50,000 grant from CHEFA to purchase a van for this program. This grant also provided for five years of maintenance, insurance and gas. Also in 2004, Loureiro Engineering, a Plainville, Connecticut-based engineering and environmental services company, built a two-car garage and storage area to house our van and provide additional storage space.

In 2005, in recognition of their generous support of PCFP, the “Bread Guys” won the Ellen Varnum Volunteer of the Year Award from RSVP in Bristol, Connecticut. That year the pantry also received the United Way Shining Star Award.

Today the PCFP is a results-oriented, fiscally-responsible community service organization dedicated to meeting and maintaining the services necessary to provide for its clients’ basic human needs and improve the quality of lives.

In addition to its regular programs, the pantry offers the following programs for the registered children of its adult clients: Secret Santa, Birthday Basket, Easter Basket and the Back-to-School Program.

PCFP also makes an impact on the greater community through its award-winning Bread Distribution Program. This volunteer-run program provides bread and other baked goods to more than thirty human service agencies throughout Greater Hartford.

The PCFP is also host site for WIC a Federal food and nutrition health program for Women, Infants, and Children,

Development (GED) free of charge. In partnership with the United Way, the pantry provides services which improve

the quality of life of individuals and families.